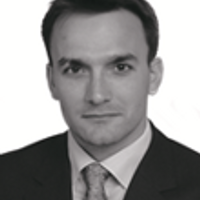 One of the themes in The Hitchhiker’s Guide to the Galaxy is the concept of power and bureaucracy. When Arthur Dent discovers his house is at risk of demolition to make way for a bypass it is already too late. While the planning notice had been ‘available’ for nine months, it was “on display in the bottom of a locked filing cabinet stuck in a disused lavatory with a sign on the door saying "Beware of the Leopard"." *

Andrew Green may feel like he had a similar experience. Following a marathon overnight gambling session on Betfred’s ‘Frankie Dettori’s Magic Seven Blackjack’, he accumulated £1,722,500.24 in winnings. However, when he tried to cash out, Betfred told him there had been a software glitch in the game. They refused to pay based on exclusion clauses buried deep within terms and conditions provided to Mr Green over five years before his winning streak.

Mr Green claimed Betfred could not rely on those contractual terms largely because of their length, complexity and inaccessibility. The main Terms and Conditions ran to 24 pages of “closely typed” terms, the EULA added a further 9 pages of text and the game rules contained further relevant provisions.

They were perhaps not as off-putting as the Customer Agreement considered in Spreadex v Cochraine [2012] EWHC which ran to 49 pages of “closely printed and complex paragraphs” meaning that the chance of a consumer actually reading the relevant clause was “close to a miracle”.

However, the court still described the multiple sets of terms and conditions used by Betfred as “repetitive”, “obscure” and “unclear” with inadequate signposting to significant exclusions of liability and a failure to highlight the meaning and effect.

Against this backdrop it is unsurprising that Mr Green won on his key points of meaning, incorporation and unfairness. In particular:

Beware of the Leopard

Arthur Dent’s house was demolished but in the real-world English law is more protective of consumers. Andrew Green’s success illustrates that limiting access to relevant information through Leopard warnings or long and complex terms may not be effective.

Care is required when drafting consumer terms and conditions. So far as possible:

For online platforms, a key provision may be protection against software glitches and malfunctions. Platform operators may have a legitimate reason to protect themselves against the potentially ruinous effect of such a fault and the Court recognised that “click-wrap” can be used to incorporate exclusions clauses so long as they are adequately drafted, signposted and fair.

* This theme repeats shortly afterwards when the Earth is destroyed to build a “hyperspatial express route”. The Vogons explain that plans for that development were on display in Alpha Centauri for fifty Earth years, so the failure to object is very much the fault of the human civilization...

Online gambler wins court case to claim £1.7m prize after Betfred refused to pay... Green will now receive his winnings, plus interest, after a judge ruled that one of the terms and conditions set out by Betfred in the game was “just not apt to cover the circumstances of this case at all”.

EU regulation of AI: What Asimov’s Three Laws of Robotics would look like in the real world?
Peter Church
Recent posts from Linklaters - Tech Insights