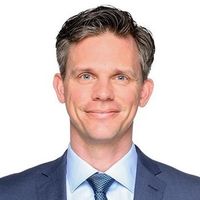 For those who have been following the year-long saga around the UPC, 2020 has already provided several turns of events. First, the UK, after initially expressing support for the project despite Brexit, announced that it would no longer be willing to participate in the UPC. Then, the German Federal Constitutional Court ruled the German ratification act for the UPC Agreement unconstitutional because the Bundestag did not approve it with the required two-thirds majority.

This essentially killed all hopes that the new pan- European patent court system, which would have revolutionised Europe‘s patent landscape, would come into force soon. Some have even proclaimed the project dead. But, as the saying goes, those proclaimed dead live longer. Germany now started its first attempt to reanimate the UPC amidst the Corona crisis: the Ministry of Justice published a renewed draft ratification act that is intended to be passed with the required two-thirds majority. This seeks to overcome the constitutional flaw of the first ratification, seemingly a quick and easy fix on the formal level.

But the real question lies at a deeper level. The idea of the draft is to bring the UPC into force now despite the UK‘s decision not to participate and to settle the follow-up questions later. The ‚no’ from London obviously changes some of the fundamental assumptions of the UK, at a far deeper level than the question of where to relocate the part of the central division that was planned for London. These changes need to be discussed by all remaining UPC members and not cut short by the German ratification. Interestingly, the draft specifically mentions that the central division cannot stay in London if the UK does not participate; Paris and Munich will take over London‘s role in the interim. One cannot exclude that a quick ratification could be used to keep some more competencies with the Munich division, as this may be the status quo when members begin to debate who else should host a central division - potentially an important shift in bargaining position.

The other element that raises some question marks is whether this ratification is really constitutionally bullet-proof. The court dismissed the remaining substantive challenges, but ‚only‘ as inadmissible because they were not properly substantiated. Some interpret parts of the judgement almost as an invitation to follow up on these points in case of a further ratification attempt. They may get a chance to test their luck before the court soon. The real question will then probably not be whether such a challenge succeeds but whether the court would stop the ratification process again. It is hard to imagine the UPC surviving another three years of impasse.

Lastly, one should not count out the Parliament in this one. In 2017, the ratification act was passed without a handful of members in attendance. Not necessarily a sign of disinterest but rather of consensus. With constitutional questions looming and a changed landscape of participants, it may not be so easy the next time around. Parlamentarians may wish to use this for a real debate on the project with an open outcome or a call for a clear proposal on how to deal with the UK‘s absence. Crisis is often called the time of the executive branch. With Corona-related restrictions lifting, we are currently seeing a revitalisation of legislative activity and wish for oversight of executive action that may not stop with the reactions to the pandemic but also engulf the UPC ratification. After all, as many times as the UPC has been thought dead but keeps coming back to life, new obstacles have appeared just when the finish line was in sight.

No FRAND proceeding before the CJEU for the automotive industry (yet?)
Bolko Ehlgen