In a little reported but important ruling last week by the English High Court, a number of UK mobile network operators and their shareholders were ordered to seek access to the personal mobile phones and emails of a number of named employees.

The disclosure is part of the long running litigation by the administrators of Phones 4U : which until it collapsed in 2014, was, with Carphone Warehouse, one of the two major mobile phone retail intermediaries in the UK.

The administrators allege that a number of the UK mobile network operators colluded to pull their contracts with P4U - causing its demise.

The judgment is significant in two respects.

First, and likely of alarm to companies facing the prospect of competition litigation, the Court ordered that the administrators be granted disclosure of the list of custodians to whom a so called "hold notice" had been issued when the litigation was first commenced.

The Court considered that the case, unusually, was not a follow on claim after a finding of a competition infringement by a competition regulator and the allegations of covert collusion between competitors, had unusual features. P4U inevitably had very limited knowledge of the way decision-making within the various defendants and so faced a significant asymmetry of information.

In response to an argument that as a result of the ruling companies would hold off issuing hold notices, the Court responded that parties are under a duty to issue such notices to all relevant current and former employees and that parties would not adopt a different approach in competition cases because its list of employees had to be disclosed. I am not sure that is realistic: if companies consider that the list of employees they issue hold notices to will constitute a roadmap for claimants in litigation they may well wish to make these much broader than would otherwise be the case.

The second significant finding represents the conflict between competition litigation (and for that matter investigations by companies motivated by competition law concerns) of individual employees' personal devices and the right to privacy. In this case, the claimant's rights to disclosure won.

The Court decided that:

- if an employee of a company, however senior, sends or receives emails or SMS messages in relation to the business of the company, they are doing so in the course of their employment. Accordingly, the employer (or in the case of an agent who is not an employee, the principal) has a right to require production by the employee of those 'documents', including after the termination of the employment or agency;

- many of the relevant custodians denied that any emails or SMS messages relating to the affairs of their employer were made or received on their personal devices. The civil procedure rules require only a "reasonable search" by the defendant employers for relevant documents;

- the question, therefore, is what the defendants should be required to do in these circumstances. The High Court considered it reasonable that, in the first instance, they should request that their present or former employees or agents should make the devices available for inspection;

The High Court, therefore, concluded that it was not appropriate that the individuals be asked to provide their personal devices to the relevant defendant: in practice the IT consultants employed by the defendants to assist with searches subject to protections around messages relating to the business of the defendant; an undertaking not to disclose private information and return of the device to the individual.

Finally and relevantly to the Covid related uptake of home working which may be here to stay, the High Court observed that the ability of the Court to order disclosure of evidence on personal devices may become increasingly important as employees work from home more, where they may not have a separate work computer or an additional mobile phone provided by their employer.

"where companies do engage in unlawful, collusive behaviour, the individuals involved sometimes use their personal devices and may deliberately avoid using their work email or work devices... that the use of such a personal device is not mere speculation .. is shown by the fact that when the CEO of EE received anti-competitive approaches from the CEO of O2, the CEO of EE made audio recordings of those conversations on his personal iPad (albeit that this iPad cannot now be found)". 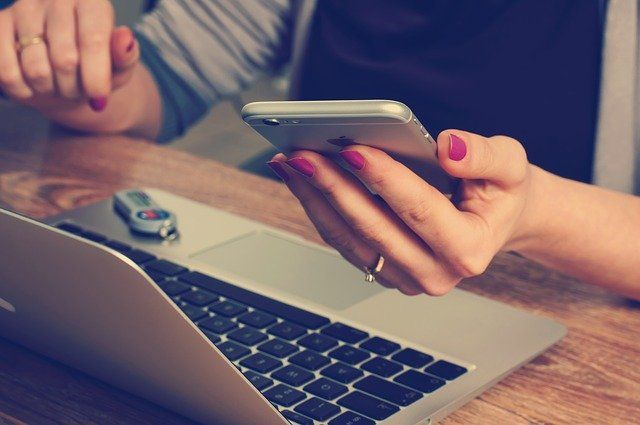