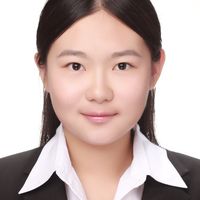 As predicted in our Fintech Global Year to Come 2022 & Year in Review 2021, People's Bank of China has now circulated the new fintech development plan for the next four years covering 2022 – 2025.

The first fintech development plan for the years 2019 – 2021 aimed to build up the fundamental structure for mainland China’s fintech development. This target had been generally reached by the end of 2021. As such, the new fintech plan focuses on further digitalisation of the finance industry and the prudential regulation of the fintech ecosystem.

If the plan has been successful by 2025, China predicts massive growth in the deployment and core competitiveness of fintech as part of its market infrastructure as a whole. To achieve well-rounded and balanced development, we expect the Chinese authorities to focus on, among others, the “low-hanging fruit” of relative weak points and/or less-developed areas of the fintech industry. For example, China’s “fintech regulatory sandbox” might further expand into less-developed regions of China and more financial sectors. Indeed, it was only last year that China’s securities regulator – the CSRC – launched a separate fintech regulatory sandbox program to foster the country’s capital markets, following the initial fintech regulatory sandbox program launched in 2020 by the People’s Bank of China which mostly involved the banking sector.

What is certain though is that regulators will maintain focus on data compliance, consumer protection and antitrust issues in the fintech industry, and more detailed regulatory rules on fintech are expected to follow as lawmakers seek to catch up with the speed of advances in AI, big data, cloud computing, blockchain and other drivers of growth in the Middle Kingdom.

China’s central bank indicated that strengthening regulation of the country’s booming financial technology (fintech) sector ... will be one of its top priorities over the next four years along with promoting data application and green financial services.

China’s fintech giants took a regulatory battering in 2021, and the pressure is unlikely to ease over the next four years, according to the central bank’s latest development plan for the industry.https://t.co/Im1WoWnh83

China’s new year resolution: Supervision of foreign IPOs is a must. Or is it?
Alex Roberts